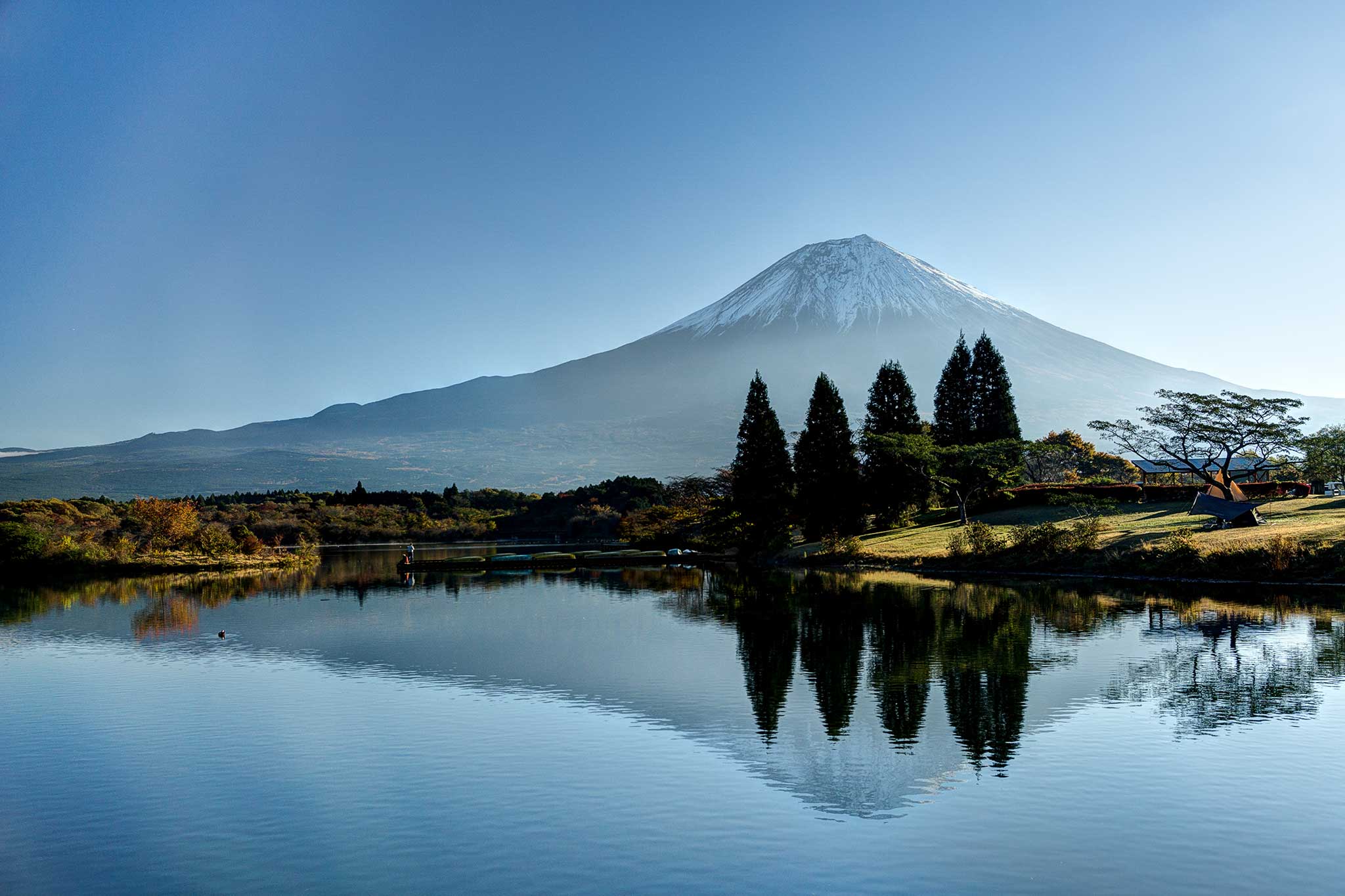 The time for our campervan tour of Japan had come, the first stop being the Fuji Five Lakes region. The flight from London via Istanbul on Turkish Airlines had been the longest I’d ever taken and I was glad to be finally stretching my legs in Tokyo’s Narita airport. Both Ewelina and I were impressed by Turkish Airlines. The good selection of movies on offer had made the long flight more bearable and the food was good too. Considering the bargain price we had paid for the flights we could not have asked for more. Since our flight arrived in the evening we decided to spend the night at the Narita Rest Hotel which is walking distance from the arrivals terminal. It was the perfect choice since Japan Campers offices are also located in the Narita district.

The following morning we had a meal in the terminal before taking a taxi to Japan Campers. We were not the only foreign tourists booking campervans that day as there was a family of four and also a couple in the offices, both from Australia. An induction followed which included some useful information about driving in Japan. We were also shown how to use some of the applications on the iPad they give you which you can use both as your satellite navigation system as well as internet device should you want to do any additional research on the move or keep in touch with friends and family back home. We were also shown some of the features of our campervan which in our case was a 2.5 litre V6 petrol Mazda Bongo. I’ll discuss more about the vehicle perhaps in a separate post.

By mid afternoon we were on our way from Tokyo to Fuji Five Lakes region.  Our destination was to be a Michi-no-Eki. This is probably a good time to explain what a Michi-no-Eki is. Basically it’s a like a motorway service area that usually has some shops as well as toilets, the latter open 24 hours a day. A small number have showers too but that’s very rare. Unlike a motorway services in the UK which limits you to 2 hours free parking, here in Japan you can sleep in your vehicle overnight. There are over 1,100 Michi-no-Eki in Japan and if you are interested to know more feel free to check out the Michi-no-Eki website. As expected driving through Tokyo was a pain but finally we had reached our destination and got the campervan ready for sleeping mode.

Fuji Five Lakes – What to See

The Fuji Five Lakes area is very popular with the Japanese, perhaps because it’s relatively close to Tokyo and makes an ideal weekend getaway. There are a number of resorts, lots of hotels and even an amusement park called Fuji Q Highland. The five lakes in question are Lake Kawaguchiko, Lake Saiko, Lake Yamanakako, Lake Shojiko and Lake Motosuko. Lake Kawaguchiko is the largest of the lakes and the most popular. It’s also known as Lake Kawaguchi and offers some great views of Mount Fuji in the distance. It should be noted that Mount Fuji is often shrouded in cloud. November is a good month to visit because of the autumn colours and if you are lucky you will get a good view, especially in the early morning. The roads around Lake Kawaguchiko are busy though and you can expect to see lots of Japanese photographers with expensive cameras and tripods all trying to get the perfect photo of the lake with the mountain in the background.

Whilst we did visit Lake Kawaguchiko, both Ewelina and I don’t really like crowds. For us the better viewpoint in the Mt Fuji area was from Lake Tanuki which is far less developed. There is one hotel on the lake and some campsites but it feels so much more relaxed here. The weather gods were on our side as we managed to get the photograph at the top of this post, taken from Lake Tanuki.

Strictly speaking I don’t suppose Lake Tanuki is considered as part of the Fuji Five Lakes region. However it’s so close by car that I would recommend visiting to compare and contrast how quiet it is. We liked the area so much we visited it a second time to get some more photographs of Mount Fuji and also nearby Shiraito Falls. In Japanese it’s known as Shiraito no Taki which literally translates to ‘the waterfall of white threads’. It’s a popular location, especially in autumn with a decent sized car park charging around 300 Yen from memory. From the car park it is well signed to the waterfalls but to be honest you can hear the rush of the water from the car park in any case.

The following few images were taken on our second visit to the Fuji Five Lakes area.

Our trip to the Fuji Five Lakes area was to be a brief one as it was time to get back on the road and head north towards Matsumoto.